My Day in Prison

I’ve been doing some soul-searching since my last blog post in April. Basically I’ve done some traveling for work, going to strip clubs, taking Hula hoop classes, accidentally funding the "street pharmacist" in my neighborhood and raising a rambunctiously hungry and moody bunny rabbit. I've got a huge curly afro now, so there's that. Blog posts on all of that coming soon!


Honestly I’ve just been lazy and not blogging like I should be. A new friend of mine stumbled upon my blog and told me I should continue writing. So on this bone chillingly cold Thanksgiving eve, while I’m being held hostage for what feels like the last 72 hours in the dingy tiled, bare walled PepBoys waisting waiting room, I dusted off the old keyboard and here we are.

Yesterday I called up PepBoys and made an appointment for my poor little VW Passat to get looked at. They told me that without an appointment it would be about a 3-hour wait if I just walked in. What is this, the line to buy Uggs on  Black Friday ?

To make the most of my time I got here at the crack of dawn, even before the panhandlers start asking for change at the train stops. As a result my hair is wrapped in a satin scarf and tucked under a wool hat. Trés seductive like a sexy, less racist version of Aunt Jemima. Minus the pancakes of course as it was too damn early to cook anything. 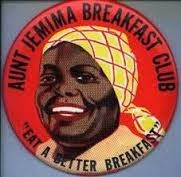 I’ve also got on mixed matched MENS gloves and I’ve had to use the bathroom since I got here. For some odd reason they don’t have bathrooms available for non-employees. Am I supposed to pee inside the germ infested kiddie toy box in the corner of the room with everyone watching? I didn’t realize going to PepBoys was like going to prison. After 3 hours I'm like "Fuck it!" Can I use the bathroom if I fill out an application?

High above the recommended line of eyesight, loosely tethered on the paint chipped wall is a microscopic 19 inch TV.
No, I’m not an elitist with a 55” flat screen at home, but I DO wear glasses. Mostly for watching TV, night driving and zombie shuffling to the kitchen in the middle of the night to get either a spoonful of ice cream or a pump of whipped cream straight from the can and into my mouth. Why dirty a spoon when you don’t have to? But this TV situation is ridiculous. I really don’t think it’s fair that I should be in need of an exorcism just to watch television while my car is being serviced.

If you choose to crane your neck 180° the holding cell shows Wendy Williams episodes on repeat. My guess as to why we’re being subjected to this brand of torture is:

1 They are trying to brainwash us for some top secret government project.

2 They want us to lose all since of time.

3 When they give us the bad news about how many hundreds millions of dollars it going to cost               to fix the car, we’re happy to pay anything just to get out of here.

After a 6  HOUR WAIT a lady who arrived the same time as I did this morning, literally broke down and started crying because she had been here so long. And I thought my periods were bad?!

About 30 minutes later the father of two children playing in the off smelling kiddie toy box started throwing toys at each other. When he said, "That's it, it's time to go," I looked up at him with a false sense of hope in my eyes. You can't be mad at the kids. Prison has a tendency to bring out the worst in people.

Finally my name is called over the loud speakers after a 7 HOUR WAIT. I could have gone to buy Uggs and gotten Starbucks in that amount of time yet I'm moments away from getting the news on my 13 year old V-dub. Is she going to be okay? Are they going to recommend I put her to sleep? We’ve had some good times, ole’ V-Dub and I. 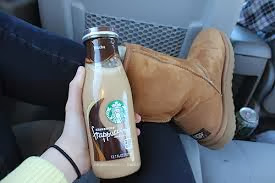 Even though she is slow to wake in the mornings, has parts that creak and isn’t as young as she used to be, she still looks good for her age. It’s true what they say: black don’t crack. Unless of course you forget to oil the leather seats: learned that the hard way.

Obviously I’ve been at PrisonBoys so long that I’m relieved to hear my name called, but if you think about it, can you really recall a time when having your name called over a loud speaker has resulted in something good? A visit to the principle’s office. A visit to the doctor’s office. Mall security when you got separated from your mom in Lane Bryant that one time… And I’ve never gotten my name called on The Price is Right so I’m bitter about that too.

After pleading speaking with the cashier it looks like I can either have heat in my car this winter or I can eat dinner indefinitely. While rubbing my neck, desperately trying to work the kinks out from watching The Wendy Show, I think about it for a second. Life is all about choices and what it comes down to is do I need dinner or do I need heat? Dinner is subjective anyway and I have been trying to lose weight.

But that’s why God created influenza.

And while heat would be nice when it’s 12° in Chicago, with a windshield of -141°, God also created blankets and summer time for when you don’t have heat in your car. I’d also have some extra cash to spend on gourmet whipped crème for nighttime treks to the refrigerator. Anyway, Happy Holidays!
Posted by Jolie at 4:12 PM