The other night, over fried chicken and watermelon (j/k we were totally eating fois gras) one of my close friends and I were discussing this guy Blake that she had went out with on a couple of dates. They had met on an online dating site. He was really cute and very nice, but he was dumb as rocks. She just could not continue to see him.

Honestly I don't really see much of a problem with dating a dumb dude as long as they are cute. For example take Derrick Rose. Have you ever heard him speak? In most of his commercials his lines are kept to a minimum and I'm sure that's for the viewers benefit. He sounds slow. Not mentally handicapped slow, but simple multiplication slow.

I'm not a dating elitist. I don't think you need a Masters Degree, Nobel peace prize and a Grammy award to be datable. Of course it doesn't hurt that D. Rose is worth millions. But if you can't hold an intellectually stimulating conversation just be handsome and mysterious. It's sexy.

Basically my friend told me that I don't know what it's like out there in the dating world. Apparently its really hard to find someone. Maybe she has a point. I did get rejected by that cashier at Marshalls.

After college I had a period of 'dating myself time'. Basically nobody at work was suitable to date (read: attractive, funny or single) and I started to panic. Where am I going to meet someone?

*UN-DATABLES
T-pain might have been in love with a stripper, but personally I don't date guys I meet at clubs or public service workers which include:

Police Officers - They all look the same and have that "po'po look". Plus I don't need anyone judging me for wearing a shirt once and then returning it back to the store. That is semi-legal.
Military - No offense but they seem a little brainwashed. You have to be conditioned to make it in the military and all that discipline would drive me nuts.
Fireman - They are nice to look at, but I don't touch. Basically I don't want my boyfriend's face to get burned off. Is that selfish? I don't think so.

And I would rather not date actors. You never really know what you are getting with them. Are they really into me or are they just doing research for a part where a ~fill in the blank~ Bank Robber/Ex Convict/White guy dates a black girl? Most of the guys I've met that are in the acting business are either self centered, fake or insecure, if not all 3. The combination of auditioning, rejection and sometimes unwarranted praise can F a person up. Of course my aversion to dating people in these professions can go out the window if you have a nice smile and even nicer biceps.

On the other hand I love creative types. If you can play a guitar (especially with your toes), build a PC from scratch or take amazing photos, I just might fall in love with you. Extra points if you're into video production and/or you smell good.

So after much deliberation my friend and I decided that I would conduct a little experiment. I would set up a profile online and see how easy (or hard) it is to find a normal, datable person.

Please let me in on any advice, do's/don'ts, precautions to take etc. Do you have any interesting/funny/horrific/inspiring online dating stories? In the mean time, Wish me luck! 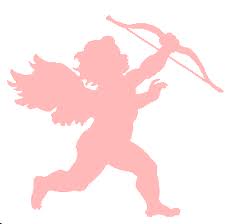 *And before anyone gets upset, I respect all of the aforementioned professions and know people/have friends who have made a career out of them.There is nothing wrong with their line of work and I'm not saying I wouldn't consider dating someone that pays their bills through those means. Through my own personal experiences I've found that people in those positions are not preferable to me. But to each their own.
Posted by Jolie at 5:01 AM