You're Doing Too Much

Today I'm a hater. I am standing in front of my Chicago apartment because it's finally over 60 degrees outside, drinking a 40oz of haterade and pouring one out for my homies that have had enough of social media wedding awareness or SMWA. But first, I'm going to share a secret with you.

I don't normally talk about my super powers but since we're friends, I am opening up to you. One night a few years ago, I had a dream that I was attending the wedding of one of my Ex boyfriends. And this wasn't any old, we made out at a party, dated for a month and then broke up after he banged my suite mate type of relationship. Which actually happened to me btw. This guy was the one that got away.

In the dream, before his wedding started, he swept me up in his strong tuxedo'd arms and confessed his love for me. He told me that I had been the one all along and that he was marrying the wrong girl. Then he gave me a long, hard ...ahem... kiss, and I woke up abruptly. I tried to shrug it off and got ready for work that morning like normal but the dream kept bothering me. As I commuted to work my curiosity won out and I looked him up on Facebook. Low and behold he had just gotten engaged. My heart fell and then I threw up on the lady sitting next to me on the train.

That was the moment my aversion to SMWA was born. I guess I could pinpoint the moment even further. It was actually when I saw the pictures of him and his wife-to-be dressed in their Sunday's finest. They were holding hands and staring lovingly into each others eyes on a fucking golf course. Dude doesn't even play golf!

I abso-freaking-lutely hate engagement photo shoots. Like I don't know about you, but I can't recall ever having put on a David's Bridal ball gown, waltzing through the forest at sunset and cradling my boyfriend's head in my lap. WTF? I'm not a Twilight cast member. Engagement photo shoots are the cheesiest thing ever.

This one couple I know actually made a freaking engagement movie. Like for real, not for play-play. I actually think it could have been a cute way to show people how they met, but they made a gross production out of it. Set in the 1920's, filmed in black in white with ridiculous props and corny music. Neither one of them are up and coming film makers, struggling actors or prolific documentary screenwriters. So why all the fuss? The acting was not even good. I could have watched a rerun of Sex in the City and been happier.

And I get it. If you love someone you should celebrate that love. Its okay to want the world to know. Beyoncé is always screaming her love from the mountain tops for her husband Joe Camel. Just to set the record straight, I'm not hating because I am a bitter soon to be spinster with no prospects on the horizon. I gets mine. I just think people go over board. 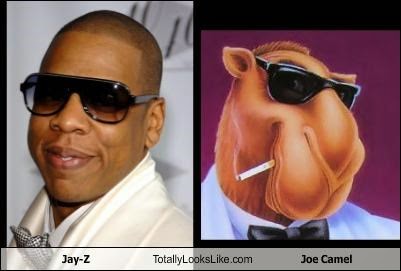 I mean if you're lucky enough to have Facebook friends who don't solely exist to play Dungeons and Dragons, then about the time you reach your mid to late 20's, a lot of your friends are getting married and pooping out babies. That was not a typo.

My newsfeed gets cluttered up with photos of my friends counting the days until their upcoming nuptials and I'm over the moon happy for them! I believe in love and marriage and if we're not coworkers or frenemies, chances are that I want you to be happy. But lawd some people are doing the most!

*Can't wait to see my girl walk down the aisle! Here she comes now! *selfie posted to Facebook from the wedding ceremony with Fiance approaching the alter in the background*

Am I the only one who feels like you don't have to bombard the internet with your over the top proclamations of undying love? Who are you trying to prove your adoration to exactly? I'll always hit the like button when I see something thoughtful and sweet one of my friends has done for their loved one.

But these framed certificates of congratulations from Obama on your wedding union is a bit much.
You're telling me that President Barack Obama took time out of coordinating drone attacks to congratulate you on your wedding? Get dafuq outta here with that.

I'm not going to delete you because you're showing love for your significant other. But you people that take it too far and have subsequently made me vomit in my mouth a little bit, I'm going to have to unfollow your posts. Btw, congratulations on your engagement.

Photos are not own:
Totallylookslike.com
True Photography Weddings
Posted by Unknown at 10:51 PM