"Why do bad things happen to me?" is a question we’ve all asked ourselves at some point. Early this morning when I realized that I had left my wallet at a bar last night, I asked myself the same thing. 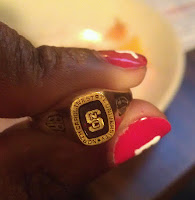 Losing a wallet is always a pain in the A, however this time it was an extremely unfortunate experience. I had closed out my bank account earlier that day and didn’t have time to put the money (2 month’s rent) in my new bank account. My friend Lil and I went out a sports bar to watch my Alma Mater NC State whoop our rival’s (UNC) roody poo behinds in basketball and I ended up leaving my wallet there. 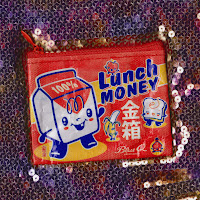 Not only did it have crisp $100 bills folded tightly into my cute “lunch money” change purse, it also contained my library card, ID, Starbucks and Lush gift cards that I had gotten for my birthday and my company credit card inside.

Feeling crappier than a porta potty at a chili cookoff, I asked one of my Jesus freak* friends why does it seem like bad things always happen to good people. Her response was, “The biblical answer is that there aren’t any “good” people in the world. The Bible makes it pretty clear that all of us are tainted by sin.”

It’s all fine and dandy if we’re going with the argument that empirically nobody is “good”, but there are definitely some mischievous mother f-er’s out there and I’m not one of them. I don't deserve this mess. On a scale of 1 (Heaven sent angel) to 10 (Satan and Rosemary’s demon baby spawn) I’ve got to be at least a 3 or 4. That’s accounting for things like stealing gum as a child, cheating on my chemistry homework in high school and tricking my younger brother into pouring Sweet-N-Low straight into his mouth by telling him its better than regular sugar because it’s in a pretty pink packet. Sucker.

I feel like everything will be going fine and then BOOM goes the dynamite. All at once I'm hit with unfavorable circumstances and left standing there asking myself WHY ME?! A few of the many unfortunate events I’ve recently lived through include: 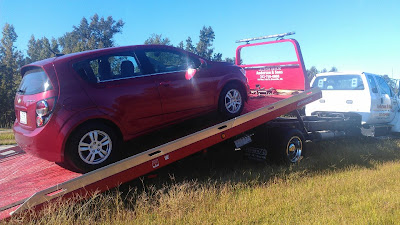 When it comes down to it you can’t allow yourself to wallow in your understandable sadness. I know this is easier said than done and I’m not saying you shouldn’t be upset about whatever misfortune you've encountered, but realize that you can’t change the past. Stop reliving the moment in your head ad nauseum saying, “if only I hadn’t…” because it’s already too late. Instead think about what you do have and count your blessings. I mean literally write that shit down!

1.  I’m alive! Yeah things go wrong, and seemingly all at once but I still woke up today and hopefully I’ll wake up tomorrow. That means I have another chance to fix anything that I fucked up yesterday.
2.   I have all of my teeth – May not seem like a big deal but I’ve seen more than a few snaggle toothed people walking around lately and I’m glad I have all 32 of my pearly whites.
3.   I have a clean, warm apartment - It’s the middle of winter and I’m pretty sure I read on EveryBlock that they found a bum frozen into a block of ice in my Chicago neighborhood. It may not be a mansion in Idaho but I have a comfy place to lay my head with cable, video games, Netflix and Hulu Plus! I’m living the good life (even if I don’t have HBO and have to stream True Blood from the internet).
4.   I have friends and family that love and care about me or at least pretend to for our mutual benefit.

Also important, if you don’t believe in luck, don’t expect to get lucky. To be honest, even though I think I have abnormally bad luck at times, a lot of good things have happened to me too. When my janky rental car broke down next to that tobacco field and I missed my plane, Avis gave me a $100 gift certificate towards a car rental and a free Megabus trip. And guess what?! Some rich trust fund Lincoln Park kid turned in my wallet at the bar with all of the contents still inside! They probably looked at my two months rent and thought, this chump change, I can't even buy a round of drinks and line of coke for my friends with this.

I know people who are always hemming and hawing like Mr. Ed over how nothing good ever happens to them. Maybe it’s because you don’t think anything good should happen to you and you end up making your life an unlucky, uneventful reality. It’s kinda like the lotto; you’ve gotta be in it, to win it.


*Jesus Freak – for my purposes, a positive term of endearment for people who have given themselves to God. They are B-A-N-A-N-A-S about the Lord and spreading his word, they attend church regularly and often read and/or quote the Bible. You may currently see them sporting WWJD bracelets. Like in 2013!
Posted by Jolie at 3:15 AM