Last year I had the pleasure of working at Super Bowl 46 in Indianapolis, IN. (I hate roman numerals and I’m guessing the NFL uses them because they think it looks cool on NFL merchandise.) Indy is only about 3 hours away from the only Mid-western city worth living in, Chicago, so most of my promotional industry friends took the short drive down to be apart of history. And that they were!

For an entire week before the big game you can participate in various events in a makeshift town called  Super Bowl Village and another one called the NFL Experience. You can see how far you can throw a football for a prize (most likely a Super Bowl koozie or a bag of Doritos (NFL Sponsor), you can stick your head in one of those cardboard cut outs of your favorite player from your favorite NFL team or even go zip lining over the entire city. A lot of people fly across the country and spend thousands of dollars renting hotels, cars and hookers just to watch a 3 hour game of football with other boozed up fans on a cold Sunday night.

I should mention working the Super Bowl is a great opportunity to meet people from all over the nation, hang out with people you already know in a new town and possibly meet some celebrities or professional athletes. My fingers were crossed the entire time, but no dice on meeting anyone that could pay off my student loans because they were drunk, rich and I showed them some nip.

However one experience that will stay with me forever is paying $1500 to rent out a house for 10 days and the craziness that ensued afterwards. I know $1500 sounds like a lot of money for the rental but believe me it was not. Most people who lived in Indy were taking advantage of the lack of hotel rooms and charging $1500 a night!

Enter the Super Bowl House of Horrors. This house had 3 bedrooms, one bathroom and a thick animal/marijuana smell upon arrival. My two friends and I took it upon ourselves to thoroughly clean the place up and air it out before the other guests arrived. Some of the people in the house were friends, some were recommended by friends and some I had never met. We were to split the rent based on how many people stayed each night. The smallest amount of people we had at one time was 2, the largest amount, 18.

I slept in the master bedroom on a king-sized bed with 2 of my friends while 3 more people slept on the floor in sleeping bags. At one point we had various people in the other 2 bedrooms, 7 people in the living room, one on the couch, the rest taking up any space they could find on the floor. There were people on an air mattress in the kitchen, hanging from chandeliers, sleeping in the bathtub and there may have even been a baby sleeping in the stove. You get the picture. If not, it looked something like this: 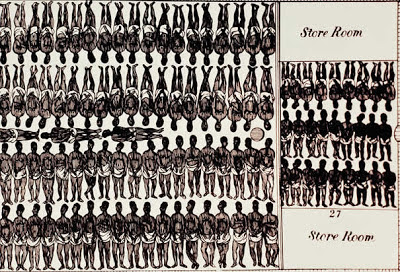 Honestly everything went well for the first 3 nights. We took turns using the bathroom, cooking dinner, watching TV and then one by one we'd go to sleep. Then on the 4th night some of the roommates decided to go to a bar and that’s when all hell broke loose. My friend and I called this episode, D-day, D standing for drunk.

Everyone in the house was jolted awake at 3 in the morning when housemate Tammy came home drunk and fighting with 2 housemates. I heard yelling, someone talking about calling Pookie and then scuffling. One guy got up and broke up the cat fight. Apparently once everything had settled down, Tammy decided to vacate the house in the middle of the night leaving the front door unlocked with everyone sleeping inside. She never texted, emailed or called to tell me if she was coming back, or when she was going to pay her rent. Not only did I have to track her down and stalk her at work to get the rest of our money but this inconsiderate slut bucket had put other people’s lives in danger to boot.

Then early one morning after D-day, one of the housemates was taking out the trash and caught housemate Allison throwing her belongings out of her bedroom window and fleeing to her car. We had to track that bitch down for the rest of her money and I only ended up getting a portion of it because I couldn’t leave work to harass her for the rest of it.

The last straw was when Lindsey Jo, a self entitled broad in need of a trip to the hair salon, told me she didn’t think she should have to pay as much as she was being charged because she slept on the floor and not in a bed. Whore please, you knew the deal before you even got to the house. Not only did we have a verbal contract, we had a written one too. She avoided me and some of the other housemates like the plague and literally ran through the streets of downtown Indianapolis trying to skip town after I caught her at work! I hate to say it but I would expect this sort of thing from low down dirty shameful ratchet folk, not from supposedly well-raised middle class white bitches*.

When I think of all the BS I had to put up with I wish I had stayed home and watched the hilarious commercials and the horrible half time show that I wait for all year long. This year I will do just that, but in salute to those low class hussies that skipped out on us, I’m dedicating these Super Bowl delicacies in their honor.

For Allison who tried to dip out on us in the wee hours of the morning through a bedroom window – Avocado Ranch Dip. This creamy concoction can be eaten with chips, chicken wings or southwestern egg rolls. 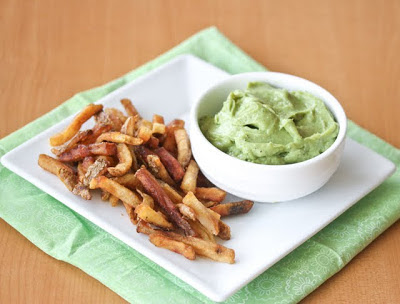 For Tammy who bragged about how she's so high class and how much money her daddy gives her for an allowance at 27 years old – White Trash Chex Mix. I should have known something was up with this girl when she read us hate mail her best friend had sent her. Then she tried to put her pale, lumpy T and A in my guy friend's face. Don’t nobody want to see that. 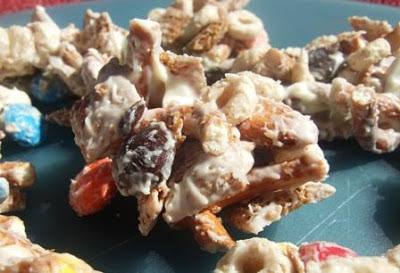 It was a toss up for this last recipe. I thought about a cheesy seven layer dip since Lindsey Jo is from Wisconsin (cheese head) and has a whole bunch of mess going on below that greasy top layer. But in the end, for the two-faced, flat-chested, cowboy boot wearing, hillbilly bimbo who had me running after her through the streets of Indianapolis – Rum Runner Punch, an alcoholic delight that all of your Super Bowl guests can enjoy! Let me know what you end up doing/cooking/eating for Super Bowl 47 this year! I would love to see some photos and get some recipes from you all. Hopefully your experience will be a lot more savory than mine was last year!

*As a disclaimer for my SuperBowl House of Horrors post I want my readers to know I'm not racist. I wrote "supposedly well-raised middle class white bitches" and someone said I sound racist and that "People think it's ok to be racist with white people. Well It's not!" That's right, it isn't right to be racist to anyone and that was not my intention. I hope I have not offended anyone. I meant that these girls who called me trash from the wrong side of the tracks went out of their way to disrespect me. I never would have expected that from people who claimed they came from rich families and had the best opportunities in life. It really doesn't matter that they happen to be white.