1. Everyone pretend to be a lesbian day!
2. Let's go to the gynecologist day!
3. Angry militant vaginas marching in solidarity to stage a hostile take over.

So for the one day of winter that I feel obligated to shave both my legs, (I'll shave 1 leg for a boyfriend and none for a husband...It's cold outside!) Happy Valentine's Day!

I hope you’re spending this day with the one you love and if you’re one of those people who detest February the 14th, at least do something that you love. Try not to be disgusted with all the red and pink décor and heart shaped balloons you have to push through to find the register at CVS. Just buy your Redbull in peace, knowing that tomorrow everything will be a mix of glittery gold and shamrock green for St. Patrick’s day. Yep, I already coped my Shamrock shake™from McDonald's!

I definitely had a little trouble deciding on what to write about for this hallmark holiday. Through my blog I’m desperately trying to impress you with my witty anecdotes and my uncanny storytelling ability but as far as the holiday of love goes I’ve got no good stories to tell.

No one has ever taken me on a romantic hot air balloon ride, showered me with diamonds or a proposed to me via jumbo-tron at a basketball game. The best I’ve gotten gift wise were some homemade chocolate covered strawberries.

Two years in a row.

From the same guy.

You may be thinking, “Aww how sweet, he cooked for you,” and at first I thought the same thing. But after giving me the same high calorie, semi healthy treat for a second time, he could have at least paired it with an Ikea flute of moscato (yeah, I’m classy) and used Godiva chocolate instead of the supermarket brand chocolate chips.

Honestly I haven’t had a Valentine’s day that has been memorable. Le sigh. But don’t cry for me. I haven't had any horrible ones either. This year I would like to dedicate Valentine's day 2013 to my faithful love: Chicago.

I moved to Chicago from Charlotte, NC 4 years ago after watching the movie What Women Want. You know the movie where Mel Gibson is a womanizer that has some freaky Friday shit happen and he can hear what women are thinking. The movie is based in Chicago and makes the city look really glamourous. I desperately wanted to move out of the south, the west coast was too far away and since I  was born in New York/have family there NYC was a no go.

After saving up some cash, securing a freelance gig and finding an apartment online I made the move! More accurately after moving back home with my parents and wanting to poison them everyday, I became frugal and determined to live on my own again.

I heart Chicago even in the winter because of population control. Its so cold here that my family won't come visit me for 5 months out of the year. I can't say that I like when it's -356° outside and I fear my eyeballs freezing/falling out or encountering a cold blast of soul-reaping air on the way to the train. The good part about the cold however, is that I have time to stay inside and learn how to bake things. Additionally in the spring/fall when it rains nobody carries umbrellas because the wind turns them inside out so obviously I've saved tons on not having to buy umbrellas over the past 4 years.

Chicago also has street festivals every day of the summer from the Armenian knife throwing competition to Polish Sausage fest. There's also a strong warm breeze in the summer that will either blow throw you into oncoming traffic or blow your skirt up. You live, you learn, you start wearing biker shorts under skirts. And during the summer everyone knows they have a limited amount of time to enjoy the weather so they all flock to Lake Michigan to hang out at "the beach" half naked.


I love Chicago because its the perfect blend of southern hospitality, big city charm and bad accents. It's amazing how every neighborhood has a different personality. Where I live in Rogers Park, you've got everything from college students, a large Jewish population, lots of Hispanics, middle class white families and fresh off the boat Indians. Plus Tina Fey used to live here and take the same train that I take! Thats how I know i'm going to be famous one day.

This cultural melting pot makes for some great restaurants which of course leads to weight gain.
I also feel pressure to frequent all of these ethnic eateries because if I didn't someone might call me a racist. I've got a samosa spot, a matzoh ball soup shop and a enchilada stand that has the best horchata. I like the mixed ethnicity of the area, but truthfully there are some ugly people in Rogers Park. I'm probably one of the  prettiest  people in my neighborhood.

If you want to find the cuties you gotta go to Lakeview, West town or Ravenswood and if you're a retired homosexual you'll want to put down roots in Andersonville. Generally speaking you have your rich hipsters in Wicker Park, true hipsters in Logan Square, buppies in Hyde Park and Blacks/Hispanics on the Southside and Westside.

Even though I lived in a big city in the South, I never could have imagined how segregated Chicago would be. On the Northside (mostly in Lincoln Park) I often get looks like, Are you lost? Or if I'm eating at an open air pub with some friends, How nice, I'm glad someone is feeding that poor black girl. Of course when I work on the Westside or Southside everyone is so helpful and accepting of me. By accepting I mean I get hollered at by Mexicans.

Despite this I still love Chi-Town. Sometimes I want to set it on fire when I get an unavoidable parking ticket. Oh today it's raining, you can't park here. Enjoy this $150 ticket. When I recently got a parking ticket for $10 in another city I was like, damn, give me two more. I can actually afford these!

Anyway, I know I’m going to see tons of Valentine’s inspired twitter and instagram posts today and that’s okay because it’s only one day of saccharin social sharing. I don’t mind the occasional kissy face pictures and photos of fancy food from your date night. But I honestly want to gag every time I see a FaceBook couple make status updates to each other like,

Her: “My husband cleared the snow off the car this morning. Love you babe XOXOXOXOXO.”

Can’t you send a text message? I mean I guess I would be impressed if SNOWmageddon had just dumped 15ft of snow on your Cavalier and your dude blow torched the snow off your whip and heated up the seats in the process. Otherwise your over share just makes me want to throw snowballs at you. Heart shaped ones of course. 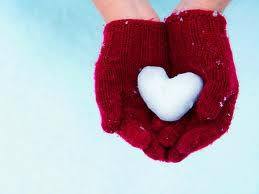 ***This post is powered by #BLMGirls. Learn more about #BLMGirls HERE You can check out other posts from our #BLMBlogHop by visiting HERE***