My mom told me that my personality hasn’t really changed much since I was little. My brother wasn’t born until I was 9 and there weren’t many kids in my neighborhood so I had to keep myself entertained.

I would happily doodle in coloring books, religiously watch Ghostwriter and when I was an infant I would chew the nipples off all of my baby bottles. To this day, I still like to chew on things. Pen caps, straws, those little t-shaped plastic pieces that attach the price tag to your clothes. I’m basically the same person I was at 2 years old, except with boobies.

According to my mom I would always sit back and scope people out before I would decide if I wanted to be bothered with them or not. She didn’t have to worry about me talking to random people in the grocery store or taking candy from strangers. She probably worried more about baby bottle plastic poisoning since I clearly had an addiction.

Fast forward 20 years and I’m not as wary of strangers anymore. Mostly because I work in an industry where I talk to people I don’t know for a living. I occasionally emcee events, do live cooking shows with chefs and demonstrations for hundreds of people at state fairs. I once told a man at the airport that I hoped I wasn’t being inappropriate but he had some gorgeously muscular calves.

And while I still can’t bring myself to sing karaoke in front of a room full of strangers, I’m always the one nominated by friends to ask people for directions.

But alas the stranger danger I’m talking about in this post is state legislation. I like to keep my blog topics light but its pretty worrisome that a lot people have no idea what their state laws are and many can’t even name their own governor.

A woman I know regularly posts celebrity gossip and entertainment news on FaceBook. Based on one of her status updates I asked her about her feelings on religious propaganda in the media and she had no intelligent response. She actually told me that politics are boring and she just reads the comment sections of yahoo news sites and bases who she votes for on the responses.

Fair enough you may not be aware of every breaking news story. I’m no political scholar myself, but I do try to keep up with the laws of land. At the very least I like to watch CNN for Anderson Cooper’s silver fox good looks.

Maybe we only care about things that we think affect us?

Well just because it doesn't affect you, doesn't mean that it doesn't affect someone that you know. Did you know that in Illinois, based on their religious views, a pharmacist can deny Plan B (the morning after pill) to a patient? Or that doctors can make women look at an ultrasound of their womb before getting an abortion?

Would it be fair to make a guy that wanted a prescription for Viagra get a colonoscopy first? I should take a poll (no pun intended). And I would never want a friend (or an enemy) of mine to be unable to get birth control because someone who passively read a Yahoo forum voted against it.

Look, I totally understand. What Kimye is naming their baby is super important. But it's equally important that we educate ourselves and a bit selfish not to. Maybe you don't know anyone that needs viagra, but secretly, maybe your dad does. And do you really want the government controlling his erections?! 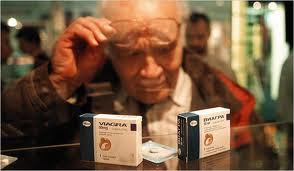